Lang Park or as its now known, Suncorp Stadium, Brisbane Australia, 1992 and 2011 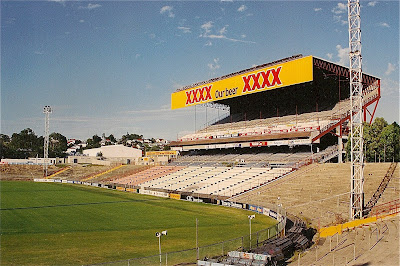 The grandstand above is the Ron McCauliffe Stand. 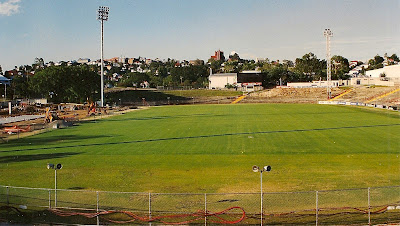 These 1992 photos were taken at the commencement of the first of two major re-developments. The gates were unlocked, so we were able to walk in with our cameras and take photos. 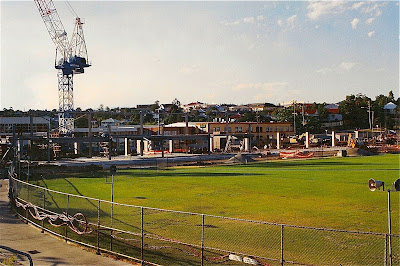 The photo above shows the site of the old Frank Burke Stand, demolished in 1992 and ready for re-construction. 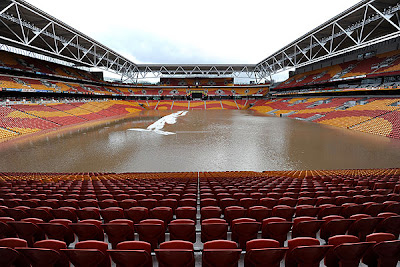 The photo above shows what used to be called Lang Park, now Suncorp Stadium during the 2011 Brisbane floods (picture credit: Brisbane Times).